The following account was written by Mr. Clare MacLean. He was one of the founding board members of Oakville Christian School, which continues to thrive after almost 40 years. We are proud to claim our association with this devoted man, who had a servant’s heart; a man who truly believed that when we depend on God for all our needs, He provides them in ways that we could never imagine possible. 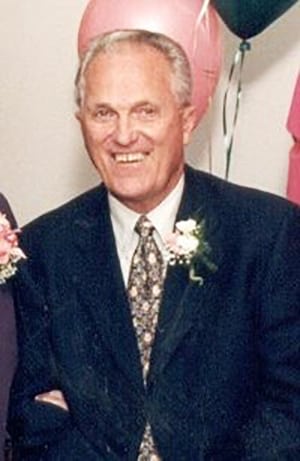 A Miracle on Third Line

In the spring of 1982, about a dozen Christian businessmen met in one of Oakville’s restaurants. A retired schoolteacher by the name of Walter Lane, present that day, informed us that Oakville badly needed a Christian school. The next meeting had Bob Wick and Pastor Ivan Preston present. I drove home convinced that a Christian School in Oakville was a crying need.

That Saturday morning, a Mr. Kennedy phoned. He said, “Mr. MacLean, you don’t know me, but we have a mutual friend. His name is Paul Allen, the Youth Pastor at Richview Baptist Church. He is my brother-in-law. I understand, Mr. MacLean, that a group of Christian businessmen are planning to start a Christian school in Oakville.” He stated that he had been the founding Headmaster of two Christian schools and was now looking for an opportunity to start another school. I was dumbfounded! I stammered, “But we only met about one hour ago to listen to Mr. Wick and Mr. Preston.” Doesn’t God have a wonderful sense of humour? “His timing is perfect,” Mark said.

Later, Walter Lane hosted several of the men, at his church, Chartwell Baptist, where Mr. Mark Kennedy told us that he would not be returning to Queensway Christian School in the fall of 1982. He was offering his services to us, if we felt the Lord was leading us to form a school. WOW! God’s blessings were certainly being showered upon us.

A board was formed and officers were elected. We later referred to ourselves as the “Silver Seven.” We hired Mr. Mark Kennedy as our Charter Headmaster. Each of us took out our cheque books and donated whatever we could afford to start our bank account. After all, we had just engaged our first employee and he had to be paid.

Our plan was pretty ambitious. It was early June and in 90 days we were proposing to start a school. Walter Lane had the answer to our doubts. “Boys, a faint heart never won a fair maiden! But seriously, God is in this; all we have to do is be obedient and go along for the ride!” Chartwell Baptist Church had told us that we could use their facilities in September if nothing else materialized. Evangel Pentecostal Church volunteered a school bus and driver to pick up students.

In early July I was driving up the Third Line and I saw workmen boarding up the windows and doors of the John Wilson Public School. Could this be the site of the Oakville Christian School? I called Walter Lane and he set up an appointment with the Halton School Board. We were doing what Joshua had done, claiming the land for the Lord.

Mr. Lane and Mr. Kennedy made very impressive speeches to Mrs. Moore at the Halton School Board. God had prepared her ears and her heart for their impassioned pleas. We rented the northern part of the building for $1.00 per square foot. It included all the utilities, heat to the building, upkeep of the grounds and snow plowing.

Wow! When God showers his blessings on us, He sends an absolute deluge. We filed out of that room just like soldiers following Joshua. The battle had been won! We thanked God and we all went out to the donut shop to celebrate.

School opened on Monday, September 13, 1982, with 62 students, four teachers, and a headmaster by the name of Mark Kennedy.